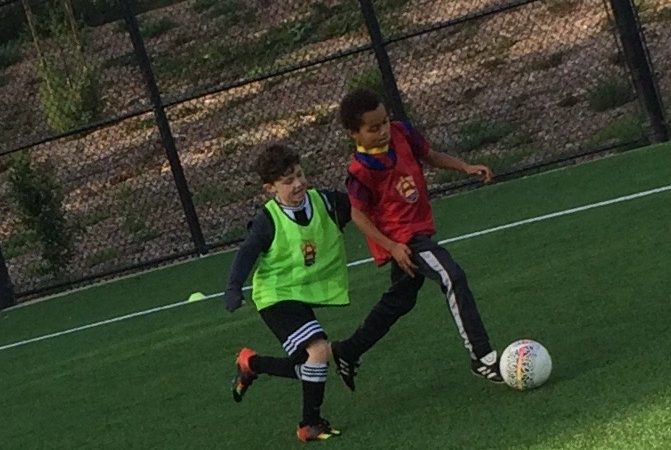 Welcome to the 5th and final part of this Grasssroots Coaching series.

In your practice you have gone from play, to practice, and now we’re going right back to play.
Wrap up the practice phase with a recap on who, what, where, when, and why. Then, I love to ask a simple question
of the players when moving into the final play phase:

Can you show me how to put practice into play?

Leave that lasting expectation on your players. I can tell you why.
Do you remember when you played? I’m only 30 and remember being told that at the end of practice we would play a game (‘scrimmage’) and the feeling of excitement would blow out any of the ‘practice’ we just put in. We were like caged animals released into the theater of play to go wild and attack. Chances are, your players probably run in the same way!

Asking the question to your players will let them know that:
There is still a structure to the game
There is an expectation of execution
They get to play, but they need to play like real players
Reap the benefits of the practice, as it leads to successful moments in the game

As the coach, you can coach through the game – some personal coaching for those that need it. You can use natural stoppages (the ball going out of play, for example) to demonstrate or show a correction to a moment that is connected to the practice theme. You can also use the freeze method to stop the play in place and recreate the problem for players to address. And most importantly, you can observe the game and your players, and if your practice is visible in the game.

Observations:
Are the players trying to apply practice?
If so, successfully?
If so, is it unsuccessful and why?
If not, why not? Field size, number of players, losing their minds running around crazy?
Are you observing, or talking to someone else? They’ll soon lose focus if that is the case!

Enjoy using this wonderful methodology to engage and challenge your players in new ways, instead of treating the game as a ‘reward’.